My birthday was last week, and as much as I hate growing older, I do enjoy getting presents. This year I was given a couple great books highlighting some really cool rides in New England. The other day we decided to check out one of the rides from the book Road Biking Northern New England by Sandy Duling. It is a guide to the greatest bike rides in Vermont, New Hampshire, and Maine. I have to tell you, the rides in Maine look truly exceptional. I'm hoping to get one or two done before the cold weather sets in.

We chose the Plymouth Ramble for our first ride together from the book. My girlfriend did the Enfield Ramble last weekend which is another more local ride from the same book. I still need to go check that one out too. We headed out to Plymouth kind of later in the day than we typically do when taking off on our little adventures. But we had some engagements in the morning and then needed to fuel our bodies for the almost 25 mile bike ride we would be doing. So we arrived at Rhino Bike Works in Plymouth around one-thirty or so. 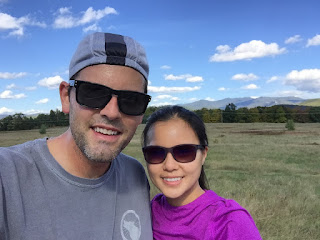 The book's author describes the ride as having gently rolling terrain. This is mostly true, but there are a couple steep ascents and descents, after all, this is New Hampshire. She also describes the shoulders of the road as ranging from minimal to spacious. This is also mostly true. Luckily the route does take secondary roads and traffic was pretty light. If you are new to road cycling parts of this ride may be a little sketchy, so be careful.

The route is pretty easy to follow. Basically starting at the Rhino Bike Works and heading north on 3 for a little over eleven miles, then making a right over the Pemigewasset River. The river crossing here is really pretty. Make a right onto 175 toward  and through Campton. Remain on 175 southward to Blair Road and make a right. There is a nice little downhill section down Blair Road to what may be the highlight of the ride, the Blair Bridge. This old bridge is the largest covered/wooden bridge I have seen so far. After crossing the river, make a left on 3 and head back to the bike shop to finish the ride. Or keep going its up to you. 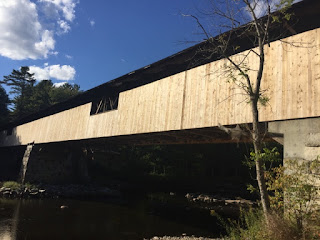 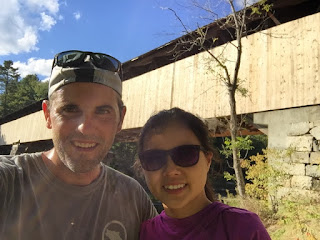 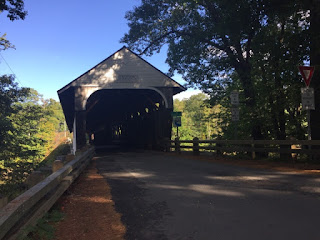 Personally, I think I will go knock out the Enfield Ramble. I can't let my girlfriend complete more of these rides than me.
Posted by dudeonabike at 5:37 AM